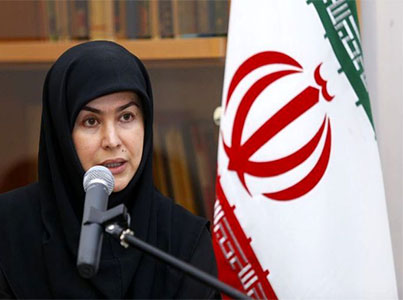 The Deputy Minister of Handicrafts of the Ministry of Cultural Heritage announced: Providing 37 billion facilities for handicraft jobs / Cooperation of the Vice President for the Development of Handicrafts Pouya Mahmoudian said: From the second half of 1997 to the end of 1998, about 37 billion tomans of facilities have been granted to jobs in the field of handicrafts.   According to the social group of Borna News Agency; Last year, $ 273 million worth of handicrafts were exported from official customs and $ 250 million by tourists in luggage, bringing the total value of the exports to more than $ 500 million. On the other hand, a large part of artists and activists in the field of handicrafts are women who are the heads of households. An area where many of the country's problems can be solved by removing obstacles, and these areas need more and more help from the authorities these days.   Pouya Mahmoudian, Deputy Minister of Handicrafts of the Ministry of Cultural Heritage, Tourism and Handicrafts, said: "After the outbreak of Corona, considering that the business in the field of handicrafts faced many obstacles, support packages in this field are considered for some people To alleviate some of the difficulties of the recession. In this regard, the government provided facilities to industries that were somehow related to the production and sale of handicrafts.   He added: "On the other hand, the Barakat Foundation granted facilities to business owners with a 4% profit." Ehsan Foundation, Kowsar Economic Organization and Astan Quds Razavi Economic Union also joined this field and their financial capacities were well used in granting facilities. In this area, the most damaged collections were identified and prioritized.   Referring to the details of the facilities provided, Mahmoudian said: "From the second half of 1997 to the end of 1998, thirty-seven billion tomans of facilities were granted to jobs in the field of handicrafts." These loans were disbursed with a 10% interest rate and the recipients were granted a six-month grace period. The government also intends to take the craft out of the crisis with loans of 12 percent.   Read more: 2 million people staying in tourist centers since the beginning of June / allocating 50,000 billion tomans of support package Creating reverse migration through the development of handicrafts in rural areas / Appreciation of handicraft artists Referring to the way the damaged workshops were measured, the handicrafts official said: "The Barakat Foundation also granted variable facilities with a 4% fee and a 5-year repayment to these jobs." These people have been introduced by the Deputy Minister of Handicrafts of the Ministry of Cultural Heritage and their conditions are being assessed.   He said: "We had a meeting with the first vice president a while ago and it was decided that supporting non-oil exporters would be on the agenda, and according to this resolution, the development of handicraft exports will be on the agenda."   The official in charge of the Ministry of Cultural Heritage emphasized: "In this regard, facilities will be granted to exporters and we will help marketing in this field by holding exhibitions, but we are waiting for the end of the Corona outbreak to be implemented."   He continued: "In this regard, we are looking to use cyberspace so that the sale of such items does not stop in these crises, and the company that was put into operation in Ahmadabad Mostofi is set to be active in virtual sales to operate at high capacity."   In the end, Mahmoudian acknowledged the importance of handicrafts: activists in the field of handicrafts are considered the national capital of the country and with their efforts, Iran has become the third largest producer of handicrafts in the world. Handicrafts were among the 13 jobs that the Corona National Headquarters found to be the most damaged, and the government developed support packages for them.